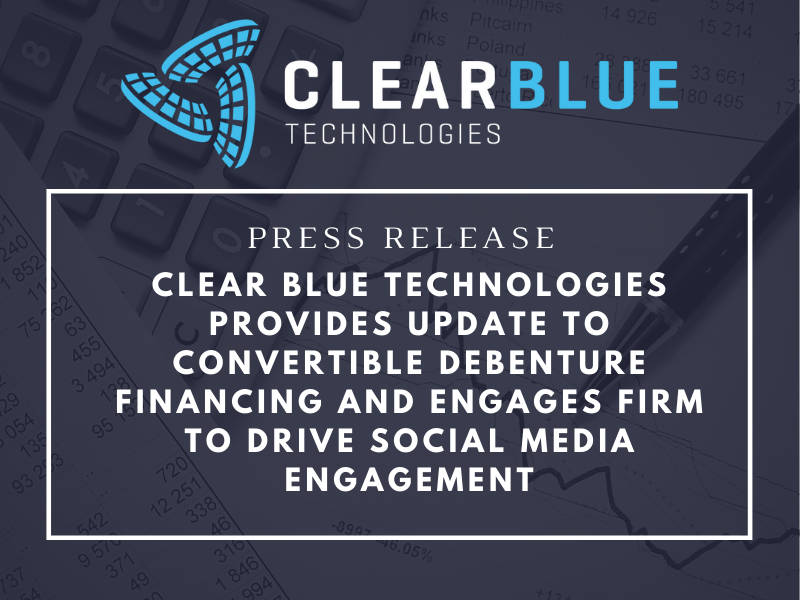 The Company also wishes to announce that it has signed a contract with Triomphe Holdings Ltd., the parent company of Capital Analytica, for ongoing social media consultation. The services provided by Capital Analytica will include press initiatives and social media consulting, as well as engagements with arm's length parties for an aggregate gross expenditure of CDN $120,000 over a 6-month period, with the potential for a follow-on service contract. No stock-based compensation has been provided.

Clear Blue Technologies International, the Smart Off-Grid™ company, was founded on a vision of delivering clean, managed, “wireless power” to meet the global need for reliable, low-cost, solar and hybrid power for lighting, telecom, security, Internet of Things devices, and other mission-critical systems. Today, Clear Blue has thousands of systems under management across 37 countries, including the U.S. and Canada. (TSXV: CBLU) (FRA: 0YA) (OTCQB: CBUTF)