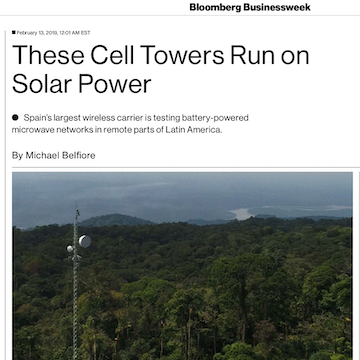 Read the article about how Clear Blue is powering cell towers in remote areas of Peru in partnership with Telefónica.