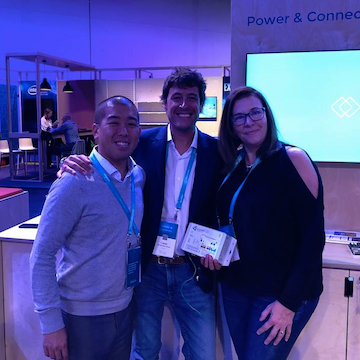 TIP is an initiative co-founded in 2016 by Facebook, SK Telecom, Intel, Nokia, and Deutsche Telekom, to accelerate the pace of innovation in the telecom industry and improve connectivity for a billion people worldwide. In just two years, TIP has grown to include over 500 organizations as members who are investing capital, resources, and expertise to develop and install entirely new and economically-viable telecom infrastructure for emerging markets.

“There is a huge opportunity in the market to bring connectivity to billions of people, but it requires new technology and low-cost, managed power,” said Miriam Tuerk. “We are excited to be working with Facebook and other TIP members to deliver the clean power system and remote management capability for TIP’s OpenCellular telecoms solution. We have already demonstrated success through collaboration with Facebook and other TIP members on projects in Latin America and sub-Saharan Africa.”

Clear Blue has already delivered its Smart Off-Grid technology for telecom projects in both Latin America and Africa:

Clear Blue Technologies International, the Smart Off-Grid™ company, was founded on a vision of delivering clean, managed, “wireless power” to meet the global need for reliable, low-cost, solar and hybrid power for lighting, telecom, security, Internet of Things devices, and other mission-critical systems. Today, Clear Blue has thousands of systems under management across 34 countries, including the U.S. and Canada.